All the research Yvette undertook for this exhibition was based on circumstances and the politics at the time. ​ 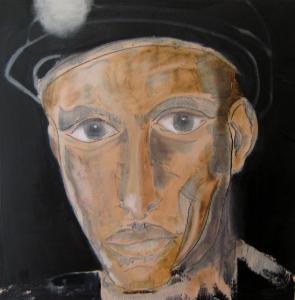 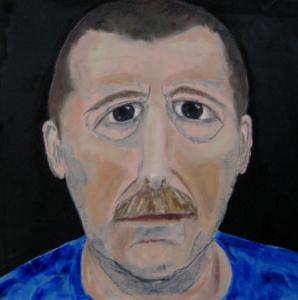 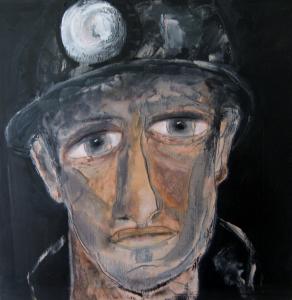 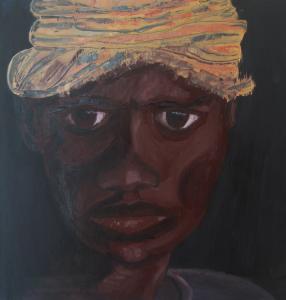 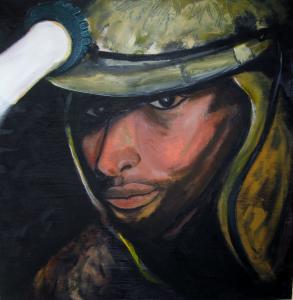 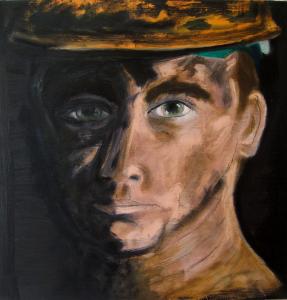 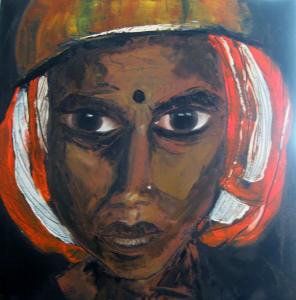 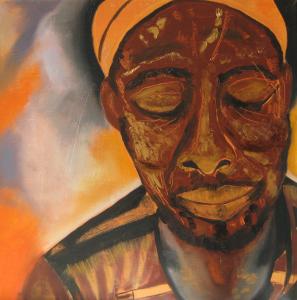 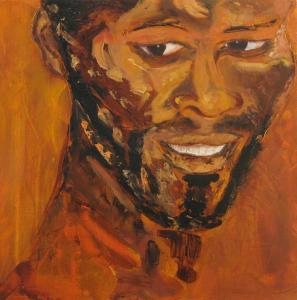 ​1. UNDER THE SKIN - SOLD
2. COAL MINER SOUTH WALES
At one time there were over 200 coal mines in Wales, by 1990 there were none. In 2014 there are numerous licences being granted for the exploitation of shale gas (another polluting fossil fuel) over the whole of the former SW coalfields. The environmental and health impacts could exceed those of coal production. Not least, contamination of the water table by the 60-80% of a toxic mix of chemicals blasted (fracked) into the rock below to extract the gas, which remain in the ground, leaching into aquifers. Water removed from the wells is highly contaminated and needs to be safely stored; wells leak too and flaring of waste will release toxic gas into the environment. It takes between 2000 and 4000 large truck movements to frack a single well; seismic activity has been linked to fracking and SW already experiences significant activity...
3. ARTHUR CRITCHLOW, YORKSHIRE MINER cleared of riot NFS
Arthur Critchlow was falsely accused of riot in 1984 along with 94 other miners and gives vivid and emotional testimony in the film The Battle for Orgreave of the devastation caused to himself, his family and his community in South Yorkshire. All miners were cleared after the 48 day trial collapsed.
4. COAL MINER DURHAM  - SOLD
The renowned annual Durham Miners Gala held since 1871 is threatened by the loss of a six year court case on behalf of the Durham Miners’ Association’s members for compensation due to ill health. The costs awarded against the DMA are £2.2 million.
5. COAL MINER INDIA
Jharia open cast coal mine in India is one of the largest in Asia. 600,000 people live on top of the 1000 million tons of rich mineral deposits, which have been burning underground for more than a century. Operated by the state owned Bharat Coal Ltd the vast majority is nonetheless illegally mined, in densely populated villages, and there are major fires burning in the region as exposed coal seams connect with oxygen and ignite, spewing toxic fumes. The environmental and health consequences are enormous and far reaching.
6. COPPER MINER ZAMBIA
Copper mining can be highly dangerous to miners due to acid burns, extreme heat, heavy equipment, high voltage, toxic pollution and falling rocks. The Chinese state owned companies operating in Zambia have lowered hours of the working week but still pay scant regard to safety when government inspections lapse. The Zambian Government pledged to double the money allocated to the Mines Safety Department in 2013, but fines are often levied on low paid workers rather than on management who continue to pressure miners to work in unsafe areas.
7. COAL MINER USA
On May 13 2014 two miners were killed in Brody Mine No 1. West Virginia. The mine had received 253 ‘significant and substantial’ violations from the US Government’s Mine Safety & Health Administration during a 12 month review which ended in August 2013. In April 2010 29 miners were also killed in another West Virginia mine, Montcoal and in 2006 12 died at the Sago mine and 2 others in a fire at Aracoma. Two years later the company, a subsidiary of Massey, paid $4.2 million in criminal fines and pleaded guilty to several safety violations. The latest disaster comes in a year when it was reported there were “only 34 mining deaths, a record low.”
8. CHILD MINER PHILIPPINES
The Philippine Department of Energy is trying to curb illegal mining as it is unsafe, causes deforestation and often involves child exploitation. Compressor gold mining entails breathing through a small tube, powered by a compressor, descending into muddy, ore rich, ocean water and dragging up the silt. Many die in the process.
9. FEMALE COAL MINER INDIA
In India since 1974 women have traditionally been given a job on ‘compassionate grounds’ when their husband dies in the mines. But KOLKATA, Coal India, the world’s largest coal company, is stopping the practice for the 26,000 women as they cannot be ‘productive’ under mining laws and are restricted to menial but physically demanding tasks. Since 2002 the company has also refused to take another member of the family (usually a son) in the woman’s place as job cuts have been instituted. April 2014 saw the implementation of a ‘pension’ scheme for the women but in reality the conditions are so stringent, only 400 will benefit.
10. and 11. GOLD MINERS MOZAMBIQUE
Many thousands of artisanal miners are involved in gold mining in Mozambique using mercury to extract the ore. The process results in the discharge of an estimated 1000 tons of mercury per annum, about 30% of the world’s mercury releases. It is one of the most toxic organic compounds and pollutes waterways and soil as well as threatening animal and plant species. It is highly detrimental to human health.
12 - 15. EXHIBITION - National Coal Mining Museum, Wakefield, Yorkshire.
BACK TO GALLERY >