​The Russell Tribunal on Palestine is an International People’s Tribunal created by a large group of citizens involved in the promotion of peace and justice in the Middle East. It was established in 2009 to examine the role and complicity of third parties (governments, institutions and corporations) in violations of international law committed by Israel against the Palestinian people. This is something I have been interested in since the 1970s.
​Between 1-3 March 2010, I attended the first international session of the Russell Tribunal on Palestine (RTP) which was held in Barcelona, under the honorary presidency of Stéphane Hessel, Ambassador of France. Then the London session, November 2010, the Cape Town session, November 2011, the New York session, October 2012, and what was intended to be the final session in Brussels in March 2013.
​But when Israel’s crimes in Gaza during Operation Protective Edge occurred in 2014 an extraordinary session of the Russell Tribunal was rapidly convened in late September 2014 again in Brussels. All of these were moving and important events which I write about in my memoir. My then husband, Michael Mansfield, sat on the jury throughout.
​We stayed at the Town House - a comfortable and welcoming hotel in the centre of Cape Town (found by the wonderful organiser of Russell Tribunal of Palestine (RTP) Frank Barat) - the perfect starting point for our first week of political activity and education about apartheid and its ramifications.
​We took tea with him after the meeting and he is without doubt one of the most engaging and inspiring people I have ever met.
​The next day we were taken on a bus trip with the organisers and jury of the RTP round District Six. Originally established in 1867 as a mixed community of freed slaves, merchants, artisans, labourers and immigrants, District Six was a vibrant centre with close links to the city and the port. By 1901, however, the process of removals and marginalisation had begun. The first to be 'resettled' were black South Africans.
​The Russell Peoples Tribunal was held in the emblematic District Six Museum. It was tasked with answering the question: "Are Israel’s practices against the Palestinian People in breach of the prohibition on Apartheid under International Law?"
​The jury was an especially impressive one including Michael - and others like the wonderful Stephane Hessel, Ambassador of France; Ronnie Kasrils, as part of the underground ANC, fought the apartheid regime and later became the Minister of State Security in the Mandela South African government. Mairead Maguire co-founded, with Betty Williams, the Peace People, dedicated to encouraging a peaceful resolution of the Troubles in Northern Ireland. They were awarded the 1976 Nobel Peace Prize. Also Alice Walker (The Colour Purple author and academic) and Yasmin Sooka, (Director of the Foundation for Human Rights, SA).
I was honoured to have met these amazing people and spend quality time with them over the years of the RTP sessions.
​Their findings were thoughtful, intelligent and unequivocal - yes, Israel is practicing Apartheid. Their suggestions for remedy are many but include referring Israel to the International Criminal Court.
​(You can see the sessions and read the recommendations at www.russelltribunalonpalestine.com) although at the time of the Tribunal the site was hacked by agents of the Israeli state and blocked).
And stood on top of Table Mountain. ​How we got there was the scariest ten minutes of my life! ​It was a relief to get down! 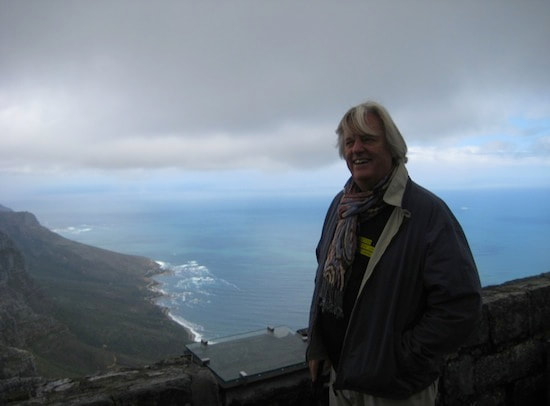 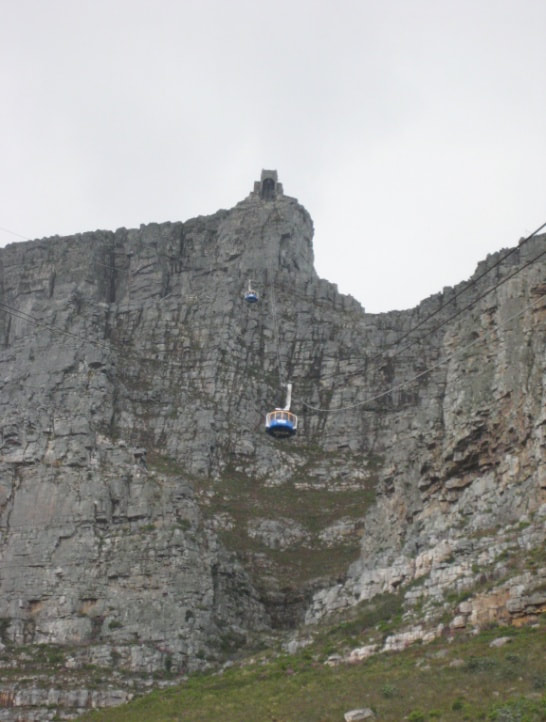 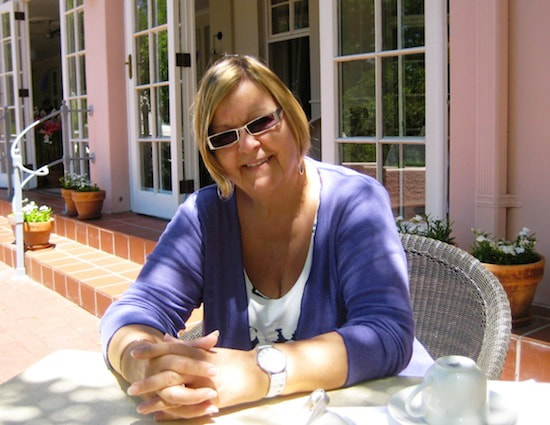 ​We had wonderful trips, with our friend Aslam, to see cheetahs, owls, and my favourites, the penguins! To find by chance the Huguenot Memorial, to delight in the world famous Kirstenbosch Botanical Gardens, to discover at the National Gallery Peter Clarke's prolific paintings, woodcuts, collages and writings - and have the incredible fortune to visit him at his home in a township overlooking the ocean… 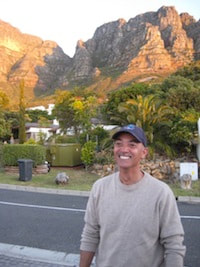 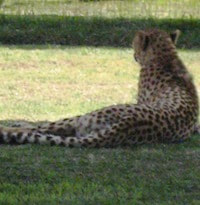 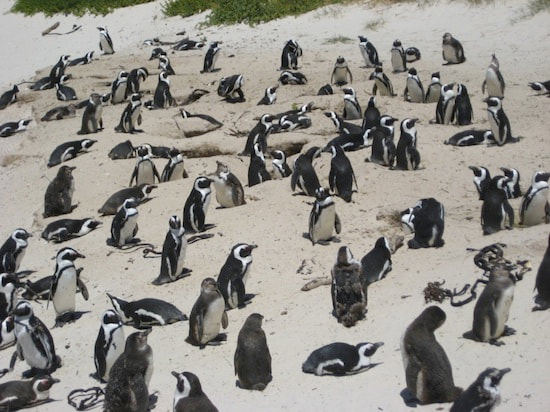 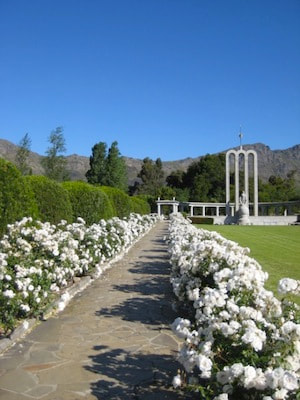 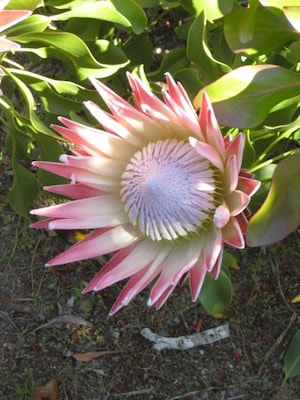 ​And then to Stellenbosch…
​Our trip was highly charged - the contradictions sometimes too much to endure - landscape on an immense and magnificent scale yet battered by 'the Cape Doctor', the terrifying wind so ferocious it howls and screeches round the Cape's many bays - Camps, Hout, False… destructive but cleansing the land of pollution, thus it's healing name; the night we dined with some of the Palestinian witnesses who had courageously travelled to bear witness, one learnt that 33 of his community's houses had been demolished in the Negev desert that day; Haneen Zoubi, one of the few Palestinian MP's in the Knesset was threatened with loss of her Israeli citizenship and thus expulsion for speaking out… the persecution continues at a level of systematic inhumanity which is only truly understood by those we met in SA who had endured it too. We will not forget any of them.